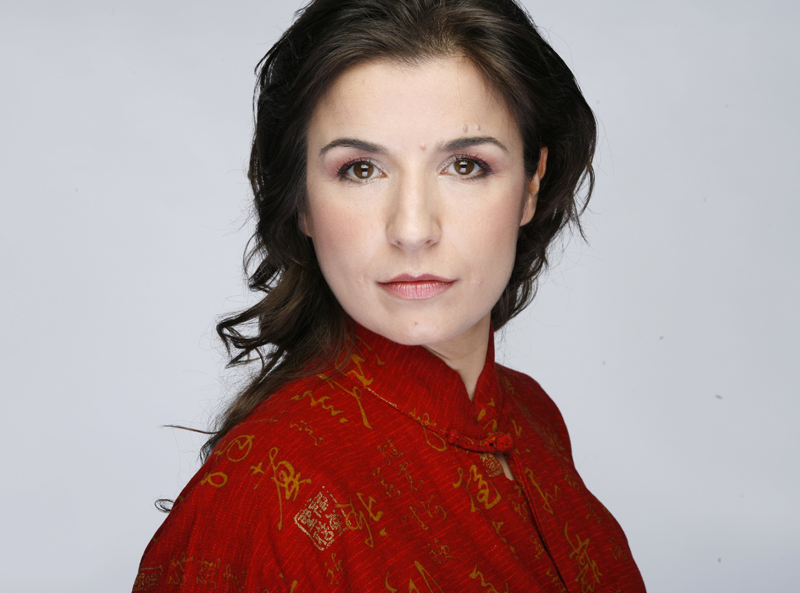 Elisabetta Antonini is a singer and band leader, arranger and composer.
She studied and deepened the style, the jazz vocals and the jazz language in the United States and in Italy, with the most prominent international figures. Awarded by critics in the annual referendum organized by the magazine Musica Jazz, she wins the 2014 Top Jazz as Best New Talent and she is ranked fourth as Best Album of the Year.

She pays special attention to the composition and the arrangement by carefully reworking some pages of today’s jazz, writing original songs, declining her creativity in refined and original musical paths, as in her latest album, The Beat Goes On, Homage to the Beat Generation, distributed in various countries, a concept album featuring Francesco Bearzatti, Luca Mannutza, Paolino Dalla Porta, Marcello Di Leonardo, who combines in an absolutely original way jazz with Beat poetry using the voices of the poets with creativity and sensitivity melting them inside the compositions.

Equally originality can be found in the exploration of a chamber-style jazz with the trio “Un Minuto Dopo”, which shares with Alessandro Gwis, Gabriele Coen and the great Oregon oboist, Paul McCandless, and in the Arpa & Voce “Nuance” duo created with Marcella Carboni, where she highlights some of the pearls of contemporary jazz, redesigning its contours, creating rarefied, relaxed and deeply delicate soundscapes.

Vocalist and experimenter of new sounds thanks to the use of live electronics, she is part of the Pollock Project with which she recorded the CD “Ah!” by and with Marco Testoni percussion and caisa drums, and Simone Salza at the winds, a project of visual music in which the creative jazz element is based on original video art and photographic insertions in collaboration with the artistic movement of the New Era Museum.

In addition to this frame she shows the profound knowledge of the mainstream jazz tradition that finds space in numerous collaborations, Andy Gravish, Fabrizio Bosso, Maurizio Giammarco, Luca Mannutza, Daniele Scannapieco, Max Ionata, Micheal Rosen, Greg Burk, Roberto Tarenzi, Pietro Ciancaglini, Daniele Tittarelli, Domenico Sanna, Francesco Puglisi, Marco Valeri and many others; the AMIT National Orchestra, the Big Night Jive Orchestra, the Di Lella/Quagliero Orchestra, and projects such as the jazz opera Stories of Cronopios and Famas, the dance-opera Jazzamore, Women Next Door, the group all feminine in which the American song is reproposed in the refined plots of historical arrangements taken from the Verve records of the 50s; In A New York Minute, a project with a hard bop sonority dedicated to modern jazz and to the compositions of Cedar Walton, Tom Harrell and others, in which the saxophone of Maurizio Giammarco stands out.

Active on an educational level, she is a lecturer at the Saint Louis College of Music in Rome, the Conservatory of Brescia, Trento and Benevento, Musicians Associate of Naples. She has held master classes and seminars at the High Conservatory of Music of Navarre in Pamplona in Spain, the Metropolia Conservatory of Music in Finland, the West London in England, the Gent Conservatory in Belgium and the Aalborg in Denmark, and the Nuoro Jazz clinics festival directed by Paolo Fresu (2005-2013), the Jazz’s Cool at the Saint Louis College of Music in Rome, the Tuscia in Jazz Spring and the Summer Camp (2013-2017), the La Spezia International Jazz Festival (2013-2015), collaborating among others, alongside Sheila Jordan, Maria Pia De Vito, Kurt Rosenwinkel, Peter Bernstein, Aaron Goldberg, Gregory Hutchinson, Scott Colley, Donny McCaslin, Kenny Werner, Aaron Parks, George Garzone, Francisco Mela, Hari Hoening, Eric Harland.